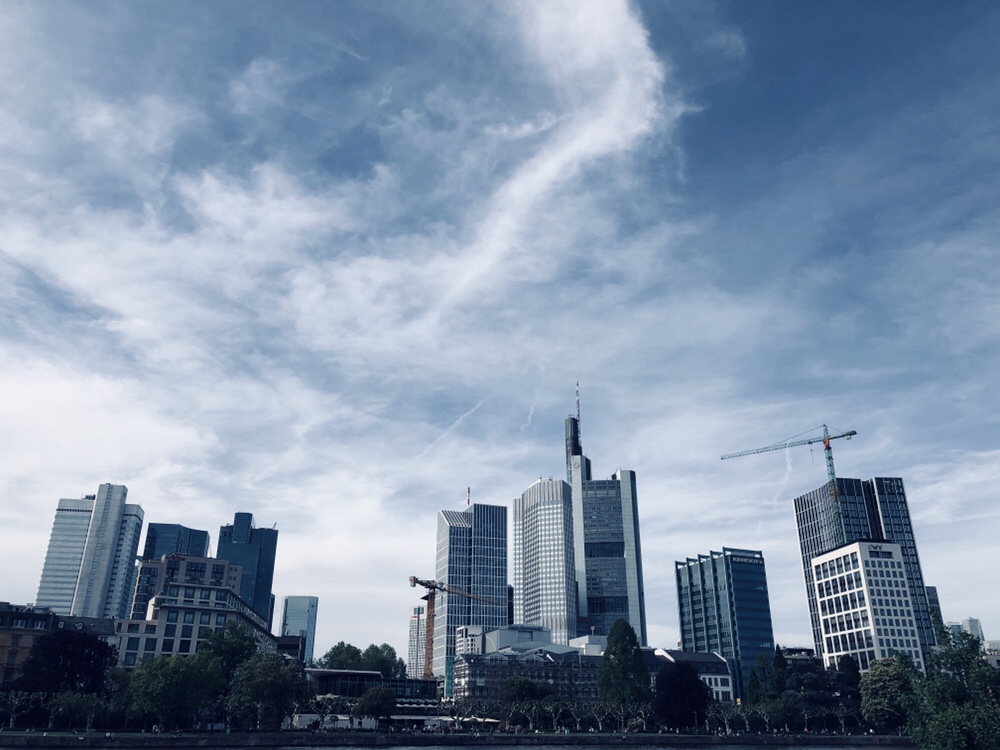 I definitely had an advantage when I moved to Germany. In hindsight being able to speak German before I got here was actually a huge advantage and I wasn’t quite aware of how much my German language skills contributed to the ease of settling in in Frankfurt.

Yes, there were times when I needed to look up specific vocabulary for completing tasks that I hadn’t regularly done in German before such as going to the dentist & doctor, for example, but my dentist and doctor in Frankfurt actually spoke some English, so it’s not really been a problem.

As Germany’s most international city, Frankfurt is full of English speakers, but I personally came here to improve my language skills. Whilst my German is not perfect, I don’t struggle on a daily basis and am never afraid to ask those around me for help on grammar or perhaps using better words. Asking for help when needs be is something I do with no shame or hesitation. I am always trying to improve and there’s no better way to do this by asking native speakers.

I’ve already discussed struggling to show your true personality in a foreign language, but last week I struggled with the language and I just didn’t feel like myself at all.

I have recently been working on a lot of admin tasks, which means using vocabulary that I’m not accustomed to in German and sending formal emails. To put things into perspective, I love working with languages and words and I have lost count of the amount of cover letters, dissertations and CVs that I have happily proof-read over the years. But whilst working on a lot of admin tasks in German, I was always asking someone else to correct my texts before sending them off, and last week it just got too much as I felt so dependent on others. I felt like I was annoying other people and was hating how time consuming it was not to be able to just do things for myself. I literally sat at my laptop and cried as I asked myself why I ever thought it was a good idea to want to learn German in the first place (not the first time I have asked myself this by the way haha). Nine times out of ten, no matter what I wrote there was always a way that it could be written better, even though it made perfect sense. It’s frustrating.

I messaged my best friend who studied German with me at uni as I knew she would understand my frustration. Her reply:
“Yeah but your German is sick!!! Seriously, who cares if you need help with a couple of emails, it’s normal. I know people who studied in English and have lived in London for years and I still correct their English. Don’t worry, you are doing great.”

I took every single word into consideration. Learning a language can be difficult as you feel your dependence on others for tasks that you can do perfectly well in your native language increase, but it’s only normal that native speakers can find a better way of writing a text, even if what you’ve said is correct.

When reflecting, I grew a tremendous amount of respect for people who move to Germany without knowing any German at all. It’s hard, and everyday tasks really do become a challenge, even if you are a quick learner.

But for the times when you’re feeling frustrated and fed up of learning German, what you need to remember is that firstly it’s a bloody hard language to learn, and that secondly, the fact that you were prepared to take the risk and move abroad to a country where you knew you would need to rely on others was a pretty brave move.
Living in Frankfurt gives you the advantages of being surrounded by other English speaking expats which gives you a mental break from language learning, but for when learning German is getting too much and you feel like giving up, just remember, as my friend said to me, “Don’t worry, you’re doing great.”

For more reads on life abroad, feel free to take a look at the Facebook page.

2 thoughts on “Struggling with German in Frankfurt”